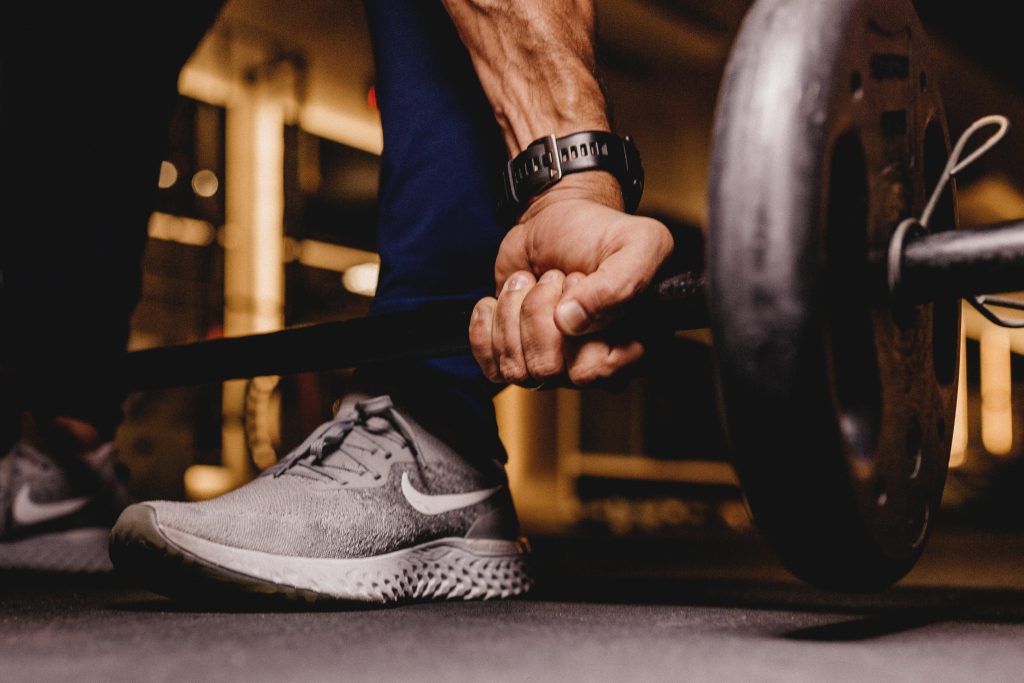 How to build muscle on a keto diet – My experience

If you have spent any amount of time in the gym trying to build muscle or get stronger, then you’ve most likely heard the conventional “bro” wisdom that you can’t build muscle on a keto diet.
You have also probably been told that “carbs build muscle” and to eat a high-protein and low fat diet with 5 to 6 meals a day if you want to continue to gain muscle mass. While that nutritional advice isn’t necessarily wrong, it is based upon someone lifting weights while on the traditional “high-carb/high protein” diet. What that advice doesn’t account for is after someone has adapted to a ketogenic or low-carb diet, how does their body (and more specifically, their muscles) respond to a higher-fat, low-carb diet?
I’ll start off with my own personal experience on a ketogenic diet and my weight lifting results and compare those results to when I hired a fitness/physique coach that put me back on the high-protein/high-carb diet and how my body (and muscles) responded. Since anecdotal evidence is the worse type of research to use, I’ll then dive into what some of the scientific research on building muscle on a keto diet tells us as well.

My experience building muscle on a keto diet

I started back in the gym with a focus on weightlifting in the summer of 2018 after a couple of years of too much work, stress and excuses. I also started on a fairly strict keto diet at the same time. So the combination of the renewed focus on weightlifting and keto diet should give us a good n of one to look at to start our muscle building on keto discussion.
I also was getting regular DEXA-scans to track changes in body fat and lean muscle mass, so these test results give us a great insight into if I was able to truly build muscle on the ketogenic/low-carb diet or not.

My starting point to build muscle on a keto diet experiment

If you haven’t read my introductory posts about “How I f*cking got fat,” now may be a good time to browse through those posts, but if not, I will cover some of the same ground here in this post.
Looking back at my weight training logs (and if you are looking for a good weight training app, check out my reviews of them here), I had started back in the gym in June 2018, so I already had about 6 weeks of intermittent maybe 3 days a week of training before I did my first DEXA scan.
However, I really didn’t jump fully on board with the keto diet until the end of June 2018 where I started eating keto daily,  tracking daily macros and checking blood ketones and blood glucose daily.

I don’t like counting calories in general because tracking the number of calories consumed and burned can be widely inaccurate for some people. Most fitness apps seen to over or underestimate the number of calories expended during exercise. On top of that issue, most people are poor judges of exactly how much food they are consuming, so accurately tracking dietary calories can also be challenging.
While the calorie expenditure calculations for a lot of sports aren’t that accurate, I used a baseline of 300 calories burned per hour spent in the gym when calculating what my metabolic response was from mostly a high-weight, low rep weight lifting program.
I also focused on staying active throughout the day, shooting for a daily step-count of 12,000 steps a day (some which included running for 30 minutes up to three times a week.
Regardless of what your philosophy is on Calories In/Calories Out (CICO) topic,  you will make your muscle building on a keto diet a lot easier if one focus of your nutrition plan is to be in a calorie excess.
I tracked my daily nutritional calories pretty closely both on the keto diet and then after my physique coach had me on the traditional bodybuilding “prep” diet as well using the KetoDiet App.

This first table shows my dexascan results while on a ketogenic diet and weightlifting. There’s not only a 16.8 lb drop in overall bodyweight, but a decrease of 28.8 pounds in body fat while adding 11.8 pounds of lean muscle mass over about a three month period.

I’d qualify these results as being an “untrained” weightlifting individual since it had been over a year since I really hadn’t lifted seriously before starting back in the gym. But I think its important to also realize that most people switching to a ketogenic or low carb diet are also probably also going to fall into the “untrained” category as well.

What’s interesting is what happened once I started working with a physique coach to get ready for a men’s physique/fitness competition in 2019. I started with the coach in December 2018 and his nutrition plan was the typical “low-fat, moderate/high-protein and moderate carb” diet that a lot of bodybuilders and fitness competitors follow for their “prep” diets as they start to drop weight to get ready for upcoming physique competitions.

This new nutrition plan also had me eating five meals a day with 8 ounces of protein with each meal and some carbohydrates as well. Even with keeping calories around 2500 calories a day, I found I was always hungry on this higher carb/lower fat diet. As in hungry within two hours after eating a meal as well as waking up in the middle of the night hungry as well.

Another issue I noticed with the change in diet was a lot of abdominal bloating and gas, mostly from anything potato-related. Not pleasant to be around for the first month until I swapped out the potatoes for other carb sources.

I was most surprised (and disappointed) by the deaxscan results during this training time. Although I was continuing to lose bodyweight and body fat, I also started to lose lean muscle mass as well. And not just a little lose of muscle mass, but pretty much lost most of the lean muscle I had put on in the preceding three month!

Restarting a keto diet during prep and cutting phase

I was panicked and frustrated with these dexa scan results, even though I was still dropping body weight and body fat. I was concerned with the significant loss of lean muscle mass while on the higher carb and lower fat diet while not really significantly restricting calories. Looking back, most days I was averaging 2500 calories/day with a little lower on rest days.

Looking back at my macros when I first started back wightlifing and on the keto diet, my total daily calories actually averaged a little lower most days and some days I was extremely low due to lack of hunger and essentially an intermittent fast of 16-20 hours as a result of the lack of hunger.

Add to that frustration the fact that I just didn’t feel “good” while back on the higher carb diet. It seemed that I was always hungry despite the 5 meals a day and noticed that my sleep wasn’t as good as it had been while on the keto diet.

I’d also say I was about 95% spot-on with the nutritional plan my physique coach gave me. pretty much meal prepped every day and kept detailed notes about each meal as well, so I can’t blame “cheating” on the higher carb diet or lack of protein on this diet since I was still averaging about 1 gram of protein per pound of bodyweight as part of my daily macros.

I went back and forth with my coach on changing back to a low carb/keto diet and he wasn’t very helpful. But that’s mainly because he was a traditional bodybuilder and physique coach and had his system.

I restarted keto pretty much on my own guidance with only about 8 weeks to go before my men’s physique show. Not the best idea, but I was happy that I was able to not only stop the lean muscle loss, but actually put on another 1.5 pounds of lean muscle mass while continuing to drop body fat another 2.6 pounds. It did take me a little longer this time to get into a stable level of ketosis and pretty much had to do a 36 hour fast to kickstart myself and raise my ketones back to a detectable level.

I did feel better going back to a low-carb ketogenic diet, so I think if I do another physique show, I’ll look for a coach that has experience training competitors on a low-carb/keto diet.

Is SPAM Keto or Not?

Oh No! I had COVID-19 after I was vaccinated

Are Saturated Fats Healthy or Not? The Latest Science