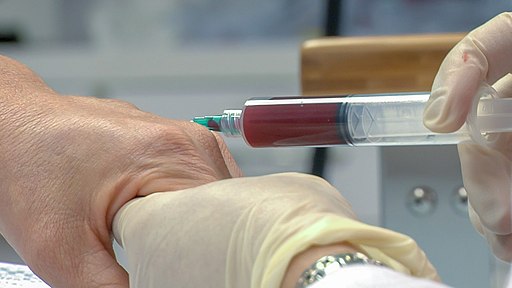 This article originally appeared on my old website TriathlonDoctor.com in 2009

PRP or platelet-rich plasma injections was a hot topic recently. with the continued 24-7 media cycle and the fact that I’ve had several calls and inquiries from reporters about the possibility of Tiger Woods using performance-enhancing drugs, I thought that a post explaining PRP and some other similar treatments would be relevant.

Why are they talking about Tiger Woods and PRP?

A physician that had treated Tiger Woods last year with PRP for a knee injury, was recently arrested on unrelated drug charges for possessing human growth hormone and Actovegin, a blood product-derivative used to promote healing.

PRP stands for platelet-rich plasma which is a component in blood along with other components, such as red and blood cells. Traditionally, platelets were thought to primarily control the clotting of blood, but more current research has demonstrated that platelets also serve additional roles such as releasing certain proteins that help activate the healing process of damaged tissue.

The treatment of using PRP has been around for about 20 years. The studies that support the use of PRP for wound healing and injury treatment are small, however, PRP has been used in a wide range of specialities, from dentistry, sports medicine, and cardiothoracic surgery.

The main application today for PRP (platelet-rich plasma) is for the treatment of chronic tendon injuries (either chronic partial tears or chronic tendinosis) of the Achilles, elbow (epicondylitis) and knee. Our understanding of these chronic tendon injuries has changed substantially over the past 20 years. Originally, chronic inflammation and irritation (or tendonitis) were believed to be best treated by anti-inflammatory medications (NSAIDs) or corticosteroid injections (also an anti-inflammatory) with the purpose of decreasing the inflammation and allowing the tendon to heal. The latest research has shown that the tendon injuries are typically due to a failure of the tendon to heal (tendinosis), with the formation of scar tissue and small tangled network of blood vessels that may contribute to the pain experienced by patients.

How is PRP done?

PRP is a relatively safe procedure. The patient has between 30 to 60 ml (1 to 2 ounces) of blood drawn from a vein. The blood is then spun down in a centrifuge for 15 minutes. The centrifuging of the blood allows the plasma and platelets to separate from the red blood cells. The platelet-rich plasma is then drawn up into a needle and syringe and injected under sterile technique into and around the tendon being treated.

Some patients do report mild discomfort after treatment, after all, you are getting stuck with a needle. However, the pain and discomfort will diminish over the next several days.

Are there problems with PRP?

Currently, the main issue with PRP is the lack of large, well-controlled studies that use reproducible protocols. Many of the current studies have a small number of patients enrolled or use different sets of outcome measurements so it can be difficult to compare two studies to determine their effectiveness.

As of January 1, 2010, the only form of platelet-rich plasma injection that is banned by the World Anti-Doping Agency (WADA) is the intramuscular injection of PRP due to a concern that the PRP injection may be used to mask other banned performance-enhancing drugs such as human growth hormone. Injections of PRP into a tendon, ligament or joint are not banned under the 2010 WADA guidelines, although athletes do need to report their RPP treatment, as is the case with other prescription medications.

Update: As of January 2020, WADA (World AntiDoping Agency) and USADA (United States AntiDoping Agency) do not ban athletes from using PRP for injuries. The caveat is that the PRP injections must be done as treatment for an injury to restore pre-injury function and not as a performance-enhancement, i.e. for trying to strengthening an uninjured tendon.

Is Mio Keto or Not